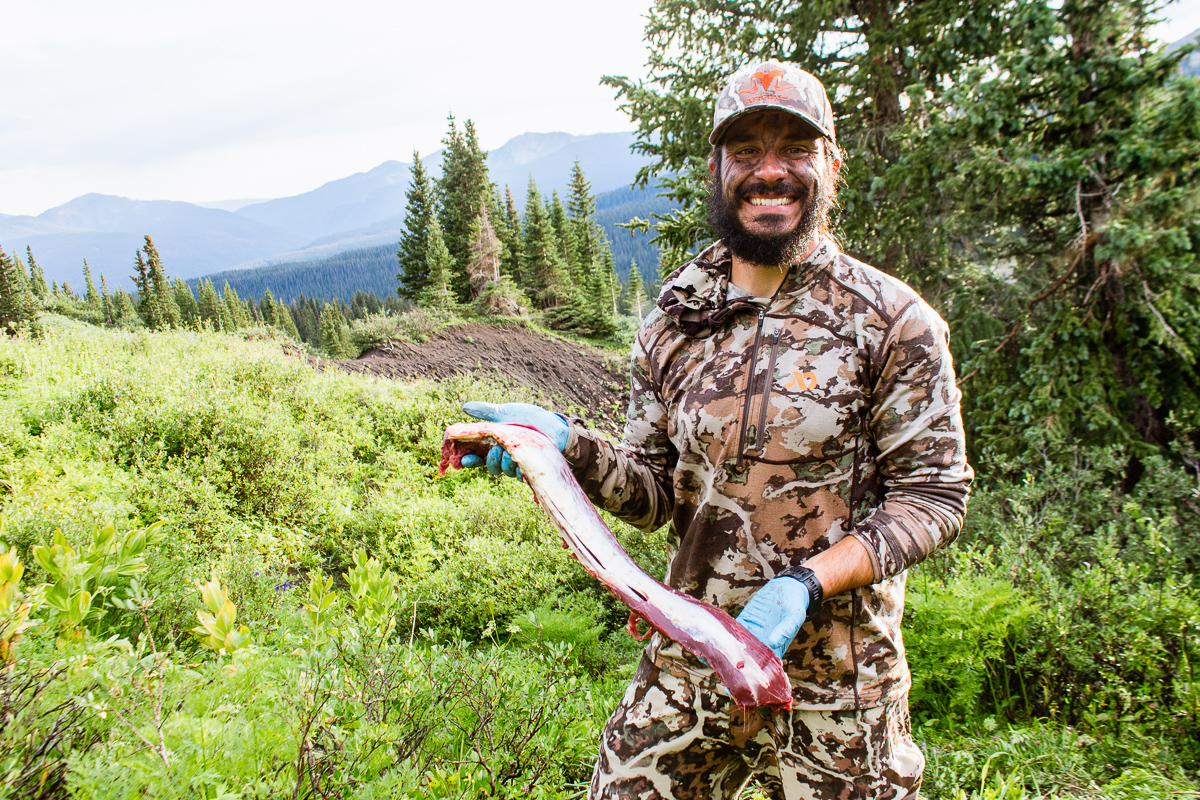 The wild game movement in this country has no doubt experienced a bit of a spike over the last few years. More and more folks are exploring the idea of healthier eating, all the while embracing a bit of fulfilling adventure in the process. Who wouldn’t want to head out into the mountains and return with a year’s worth of meat? There hasn’t been a meat eater yet that I’ve heard different from. For the folks that are already educated on this topic of “why” there is nothing more to be said. But, if you’ve ever been the one asking that question, we’re going to provide you with some answers. Some reasons of why we hunters do what we do and are so passionate about it. Here are a few of the “whys” behind wild game meat.

Know Where Your Food Comes From

When a person heads into the grocery store and picks up that filet mignon they’ve been dreaming about all day, rarely might it cross their minds of where said protein came from. Why should it? It’s a product on a shelf that they pay for and get to eat. End of story. To stop and think about it though, is kind of frightening. The fact of the matter is, that person has absolutely no clue what happened to that cut of meat before they grabbed it. They don’t know if someone happened to have dirty hands while handling it or how the meat was cared for from A to B. People get sick all of the time from eating this stuff. There are recalls that happen where meat is pulled from the stores. Something isn’t quite right with that. For wild game though, there are no recalls. A person knows exactly how that precious protein was handled and who it was handled by. That’s especially true if they decide to process the animal themselves and not bring it to a butcher. Either is totally fine, but cutting out the middle man is highly rewarding and keeps you the hunter involved from the beginning to the end.

More Bang for Your Buck(nutrient dense)

Another benefit to this wild game business is the phenomenal nutrition that rests within the meat. Wild game animals live a very active life, climbing mountains, searching for food, etc. Because of this, there is little to no fat at all on these animals. And if there is, it’s resting on top of the meat, not inside of the meat. Marbled meat doesn’t exist in the wild game world. On top of that, you’ll also get a higher percentage of protein as well. This is some dense stuff that cooks very quickly. And once it’s done cooking, you’ll also be eating less calories. For four legged critters, it rounds out to about 50% less in fact. Meaning that if say you’re trying to lose weight, wild game gives the benefit of actually being able to eat more potentially. So, less calories per ounce, more protein, and little to no fat. And let’s not forget about all of the added hormones and such that aren’t in wild game. They have not been tainted in the way critters on a feed lot have been. It’s literally the perfect protein. There’s just more bang for your buck with wild game meat.

That Field to Table Feeling

Field to Table. That’s something all of you have likely heard before. There is nothing at all that compares to the feeling of heading into the mountains, harvesting an animal, and bringing them home to enjoy the fruits of your labor. Doing so brings this whole thing full circle. One of the first times I experienced this was with a black bear that I shot. As I sat there enjoying a phenomenal bear burger(you gotta try it) the whole hunt washed over me like a tidal wave. Everything from the frustration of the season, to seeing the bear, and the pack out played on a loop in my mind. Suddenly, this delicious meal that I had procured myself had so much more meaning. There was remorse for the animal’s life. I was grateful for the stacks of meat in the freezer. And then there was an ultimate sense of accomplishment. Being successful at this hunting stuff isn’t easy. So, when it does all come together, it feels that much better. Those right there are feelings that are just not present buying a steak from the grocery store. It’s that field to table feeling and it is intoxicating to say the least.

When it’s all said and done, along with everything we talked about above, there is something else to mention. Hunting and procuring your own wild meat is…….you ready? It’s fun. The opportunity to go out into amazing places with amazing people and try our hands at filling some tags here and there is fun. Some of my best memories are from spending time with family and friends in hunting camps. Whether we filled up the cooler with meat or not, those are times that are irreplaceable. In a world where a good chunk of our lives are spent in front of a computer screen, setting foot out in some beautiful country is a great way to break the monotony of the rat race as well. Being among the sheer beauty of the mountains is therapeutic and a fantastic way to decompress from life in the city. So, in truth, it’s not all about the meat. There’s much more to the equation of “why.” Why wild game? Why not?

Does My Bow Need a Tune Up?