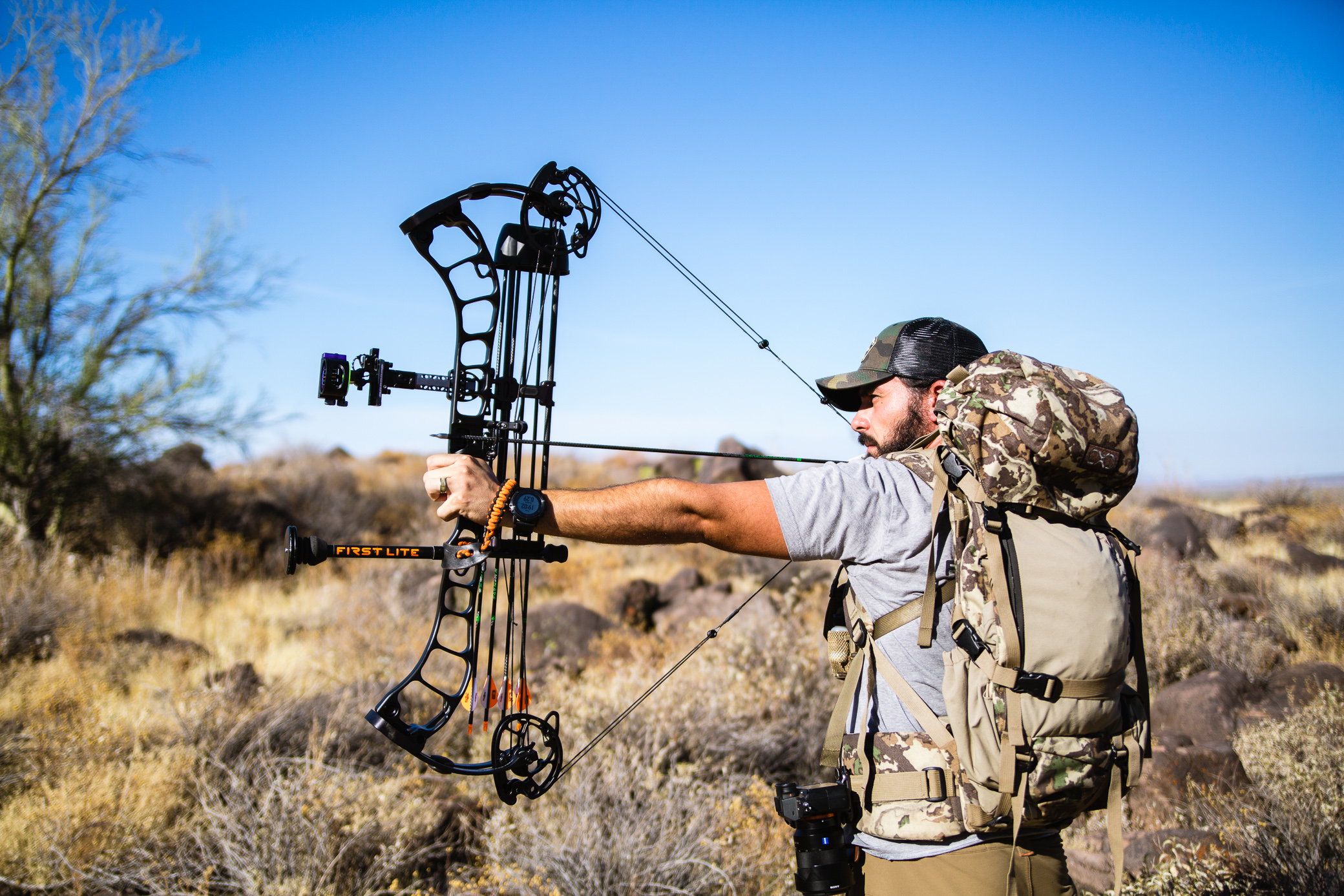 Within our bowhunting community, there are a few conversations that seem to have no end. They are chats that sometimes end up overflowing with more passion than intended and sadly, from time to time end in hot heads with frustration between us. I think healthy conversations are great, but not to the point of it becoming hunter vs. hunter. One of those conversations is on the topic of long range bowhunting? The question is, how far is too far? At what point does the distance that stands between us and our quarry be a distance that is just too much? This question has led to more mental blood shed than most. Bowhunters that choose to stretch the distance take a lot of heat from time to time. Why? Hopefully, at the end of this article we’ll all have a little better perspective on the matter.

Gear is something that is constantly evolving. Each and every year companies are pushing the envelope from the previous year with new innovation. Everybody wants to find more animals, be more accurate, and most importantly fill more tags. The hunting industry knows this, so the quest never ends for bigger and better gear to aid us in those endeavors. Look at where bows have come. I remember being a kid and shooting 40 yards felt like I was aiming at the sky. Doing so reminded me of the movie Braveheart. The speed and efficiency just wasn’t there yet. Nowadays, someone shooting an arrow over 300 fps with a hunting arrow is not in the least bit unheard of. Then there are the sights that we have today. The first sight I ever had looked like it was made in a back alley with a hammer and screwdriver. Fast forward to present day and our sights are equipped with fiber optic pins, sliders, and built to last. Those sliders are letting bowhunters practice long range bowhunting well out past 100 yards, and they’re doing it accurately. That isn’t something that comes overnight though. Which brings me to my next point.

No matter how fancy the gear is, that is no substitute for practice. Practice makes perfect and the shooter that puts in the work is going to excel. The more someone puts into something, the more they will get out of it. There is no way around that. Technology can aid us, but it isn’t a substitute for skill. Just because a bowhunter has a sight that dials out to 130 yards, doesn’t mean that they can accurately shoot that distance. It doesn’t mean that they can consistently have good form and break clean shots time after time. No, dedication does that. Discipline does that. Many folks like this can confidently say that they can shoot accurately out to 100+ yards. It’s something that is becoming more and more prevalent. Flat out, they’ve spent the time to learn how to do so. The bowhunter that practices on a regular basis with par equipment will crush the one that has the latest and greatest equipment, but isn’t dedicated to practicing.

Not All Shooters are Equal

There is a reason that we all aren’t professional athletes living on easy street. It’s because not all of us are created equal in the athletic department. Some are just born with special gifts that lend to those things. Others may not have those gifts, but succeed because of their sheer determination. Then there are the mere mortals of the world. Sure, we can play football, and pretty good sometimes, but not nearly to the level of the previous mentioned. The same thing goes for shooting a bow. Some shooters out there can just send it and blast X’s out no problem. They can make shooting 80 yards look like shooting 30 does for us. These folks lean heavy on their shooting skill and I really don’t see the problem in that when it comes to hunting. If they can consistently shoot dots at great distance, the same that another shoots at say 20 yards, why is it a bad thing for them to take that to the field? There are bowhunters out there that I’d trust to shoot an animal at 100 yards more than I’d trust some to shoot at 40 yards. Some of you might be screaming at the screen right about now. Shouts that have the word “ethics” in them somewhere surrounding the topic of long range bowhunting. Well, let’s talk about that.

What is ethical shooting and not ethical shooting really is individualistic if you ask me. It’s a question that you need to ask yourself and one that needs to be answered honestly. Don’t just answer it either, live it. Bring that out into the field with you. Shooting animals at long range with a bow is not just about shooting them long range. Other things come in to play like how strong the wind is, the animal’s awareness to you, and lastly your skill as a shooter. Be honest with yourself about that. Just because you see Joe Fo shooting deer at 90 yards, doesn’t mean that you can. For someone that is proficient and is aware of that given situation, shooting that deer at 90 yards might be considered more ethical than another shooting that deer at 35 yards. Judging Joe Fo after all of his dedication to shooting against another that doesn’t practice seems wrong at that point. The great Aldo Leopold once said “Ethical behavior is doing the right thing when no one else is watching- even when doing the wrong thing is legal.” Think on that for a second.

So, you see? The conversation is still not over and it never will be. The fact of the matter is, we are all at different levels and shouldn’t be judging others if they happen to be above us or below us on the totem pole. For the hunter that pinwheels their deer at 90 yards, I say “helluva shot! Congrats!” For the hunter that inches into 30 yards, I say “way to put the sneak on. Congrats!” It pains me when I see hunters ridiculing other hunters because they might have different thoughts on things. It’s OK if our opinions are different. We have the right to form our own thoughts on matters. Bottom line is, the question of “how far is too far?” can only be answered by you and you alone.

How to Fit and Put on a Hunting Boot Properly

Optics: Why You Should Consider Renting for Your Next Hunting Trip

Why You Need a Good Pro Shop