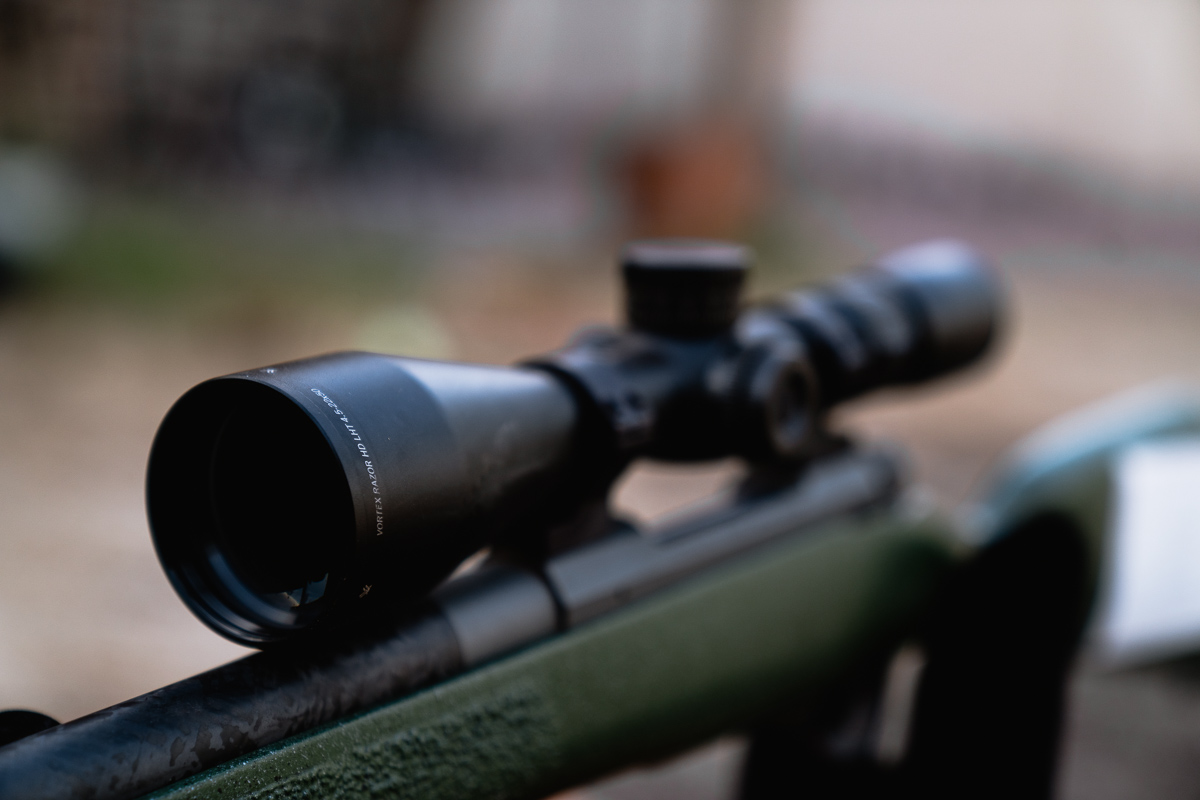 What do you get when you combine lightweight dependability with ultimate versatility in a rifle scope? The new Vortex Razor HD LHT 4.5-22×50 rifle scope hits the nail on the head. We’re going to lay out below why this new addition to the LHT lineup needs to be on your radar as well as some possible reasons why it might not be for you.

Before we dive into the features of this new scope, let’s look at the scope overall. For those that aren’t familiar with the LHT lineup, LHT stands for “light hunter tactical.” Their goal is a lightweight scope that doesn’t sacrifice quality or performance. This scope comes in both MRAD and MOA reticle options and is equipped with Vortex Razor HD glass giving the user ultimate clarity downrange. Vortex has also added their XLR-2 reticle system. Just like on previous LHT models, this reticle can be illuminated. It’s got a locking exposed elevation turret and a capped windage turret. The weight of the LHT is a whopping 21.7 oz with a length of 13.3 inches. There is max elevation adjustment of 75 MOA and max windage adjustment of 45 MOA. And finally the tube size of the new LHT is 30 mm.

So, right on the surface, this scope is packed with more magnification than previous LHT scopes. While more magnification isn’t everything, Vortex wanted to make something that could reach out and touch something at farther distances. Being able to practice shooting at those far off ranges makes the shorter shots that you’d take hunting much easier. This isn’t strictly a long range scope though, which is one of the coolest things about it. The user can go from 4.5x all the way up to 22x, adding to the versatility of the new LHT. Whether you’re still hunting through the forest or set up cross canyon, it can do it all.

Another cool feature in this scope is the Vortex RevStop™ Zero System. This is great zero stop design by Vortex that, again adds to the versatility. Not only does the RevStop™ provide a zero stop so the shooter can return the elevation turret back to zero. It also allows one to go 5 clicks past their zero. Meaning that the user could dial for a slightly shorter range than what they’re zeroed at.

The previous LHT scopes have both been offered only in SFP(Second Focal Plane). For those that aren’t familiar with what exactly that means, we’ll break this down as simple as we can. This is a fixed reticle size. So, when one increases or decreases the magnification the reticle stays the same size in a SFP scope. The downside of this is it means the yardages for each hashmark on the reticle will change as one adjusts the magnification. This is where the new LHT comes in, as it is a FFP(First Focal Plan) scope.

The first downside that might come for some when looking at this scope price. This is not your couple hundred dollar rifle scope, It’s a high end piece of equipment and you’re gonna pay for it. The 4.5-22×50 is gonna set you back around $1500 bones, but we believe it’s well worth it. The XLR-2 reticle is very busy and could prove distracting for some, however once you understand how it functions it can be a great asset. There’s just a lot going on in there.

When it’s all said and done, the new Vortex Razor HD LHT rifle scope absolutely screams versatility. No matter the species and no matter the terrain or style of hunting, this scope can do it. And not just that. It will do it exceptionally. It’s nice to see Vortex release a scope at this high of a level specifically tailored to hunters. From where we are standing, they hit the nail on the head. So, for those looking for a one and done kind of rifle scope, this deserves your full attention. It’s where lightweight dependability meets ultimate functionality. Check it out and good luck out there this season!