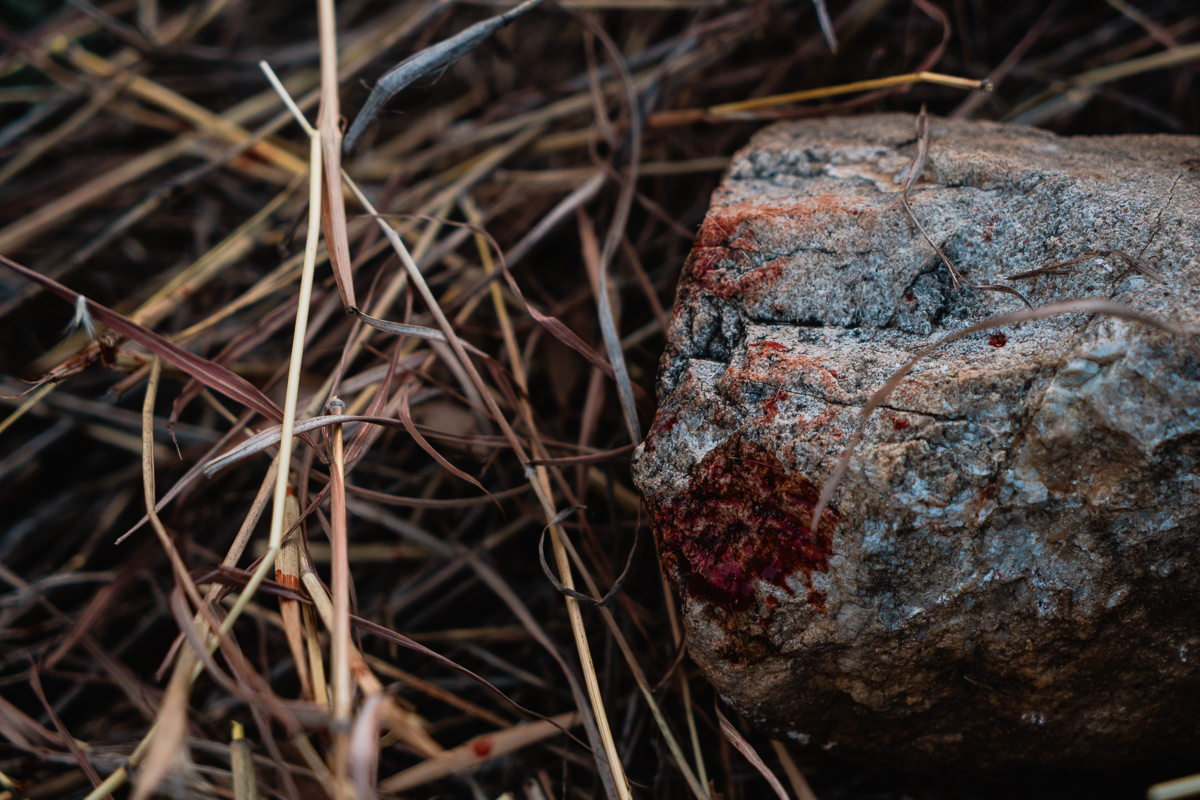 We made it! It’s August and Fall hunting seasons are officially starting. With how crazy the world has been lately, I’m sure there are more than a few hunters out there ready to hit the hills and hit reset. Sooner than later, we’ll be sitting atop a high vantage point, glassing for velvet bucks, hungry bears, and keen eyed antelope. All of that preseason shooting practice is about to be put in motion. And with any luck, you’ll be following a blood trail to your hard earned success. Unlike shooting preseason, blood trailing isn’t something that we get to practice to our heart’s content. There are only so many that a hunter will follow in his/her life, and as you know, we learn best by repetition. A well hit animal with a great blood trail is easy to follow and find. A marginal hit with a difficult trail is just that, difficult. Here are some things to keep in your tool bag should you find yourself behind a difficult blood trail this Fall.

Before starting down a blood trail, it’s important that one assess the situation. What I mean by that is going to start with the shot, followed up by hopefully finding the arrow. For the shot bit, simply put, did you hit the animal good, in terms of shot placement? This can be hard to recall, as sometimes things just happen quick. Not to mention the sheer intensity that these close encounters come with. Knowing where you hit an animal though can help with the decision of how much time to wait before starting down the trail. If you or someone else recorded the shot on video, this is a great opportunity to review the shot placement.

If one is so fortunate to get a pass through right off the bat it’s hugely beneficial in the equation. This means that the arrow can be examined sooner rather than later, thus giving us a better idea of how and when to approach blood trailing. Bloody arrows tell a story. Bright red blood with bubbles is an indication of a lung hit. This is an animal that will likely perish quickly. Dark red blood shines light on a liver or muscle hit. A liver hit is fatal, but not as hastily as a lung hit. Meaning that a hunter would be wise to give it more time before tracking. For a lung hit one might wait 30 minutes or less. Liver is going to call for at least 3 hours, but more likely in the 6-8 hour mark. Green on the arrow will indicate a gut shot. The animal will still die, but from septic shock here, which will take longer than even the liver. I want to point out that at any time during this process, should you have the opportunity to get another arrow in an animal, to do so.

Try Not to Walk on the Trail When Blood Trailing

Once we do start down the blood trail, it’s important that we treat it delicately. Anything that you should disturb along that trail is essentially changing the trail from what it was. You’re tampering with the crime scene, if that makes more sense. It’s quite natural for us to want to walk on a trail, but in this case, you’re better off abstaining from it. This is important for difficult blood trails, because oftentimes you’ll have to backtrack to the last known blood. I can’t tell you how many times we’ve backtracked a half a dozen different times and then finally found that next drop of blood after the fact. It may have been a leaf. Had someone stepped on that and turned it over, it likely would have never been found.

Above I mentioned backtracking on a blood trail. We are trying to put puzzle pieces together here. Putting a puzzle together though without visibly seeing all of the pieces before you is quite difficult. For this reason, leaving some type of mark for each blood we find can go a very long way in putting that puzzle together. Most of us are running some type of mapping software on our phones that allows us to drop waypoints. These are great for seeing the big picture and keeping track of the blood trail. Flagging tape is a tried and true method of trailing. By tying a piece of tape at each blood spots found, it’ll paint a picture. It let’s one see back down the blood trail without taking out their phone to check the gps. The bright orange tape works best for this, as it’s easily visible.

It’s really easy to not necessarily have one’s head screwed on straight whenever they’re slinking down a blood trail. The excitement that comes from sending an arrow through an animal is one that never really goes away. That very everlasting excitement can have a negative effect on the trailing job at hand though. Especially the difficult trails we have been referring to. For blood trailing, low and slow is the name of the game. By slowing down, you’ll be able to pay attention to the minute details that may have gotten overlooked should one move too quickly. Things like broken twigs slightly smudged with blood or even just tracks. When the blood trail is light, tracks are huge in finding the next drops. Take note of exactly how the track looks of the animal that has been shot. Not just the shape and size, but how the ground looks in and around the track. Doing this will help one better distinguish what is older tracks and what your animal left. The fresh turned up dirt is going to look different than the older stuff. Same goes for broken branches. New ones look different than older ones.

Two Heads are Better Than One

Plain and simple, blood trailing an animal can be incredibly difficult. That is especially true if you’re the one that shot the animal. There is a personal connection there and sometimes that can get the best of folks. For this reason, having a support system of friends or family to help with the task is really beneficial. It offers different perspective on the matter, which could be the difference between finding an animal and not finding them. The old saying “two heads are better than one” rings true far and wide here. So, if you are so fortunate to have a good group of buddies or family that can come and help, utilize that. Not only is it beneficial having more eyes, it’s also helpful on an emotional front. These folks are gonna lift you up when you’re down and help keep a positive attitude through the process. People say positivity kills bucks. Positivity also finds them after the shot.

Any bowhunter out there that has spent a great deal of time in the field has had their share of difficult blood trails lay at their feet. Whether it was from their own arrow or a friend’s. It’s a knuckle biter to be out crawling around on the ground looking for the next pin drop of blood. The truth is though, when we sign up for bowhunting, and really hunting in general, we are also opening ourselves up to possible situations like this. So to turn a head at upping your blood trailing and or tracking game is not only doing yourself a disservice, but the animal as well. We certainly don’t let up shooting our bows, working out, and getting gear sorted before season. These are all great, but it’s often the “non-flashy” skills, like blood trailing, that will send you across the finish line.