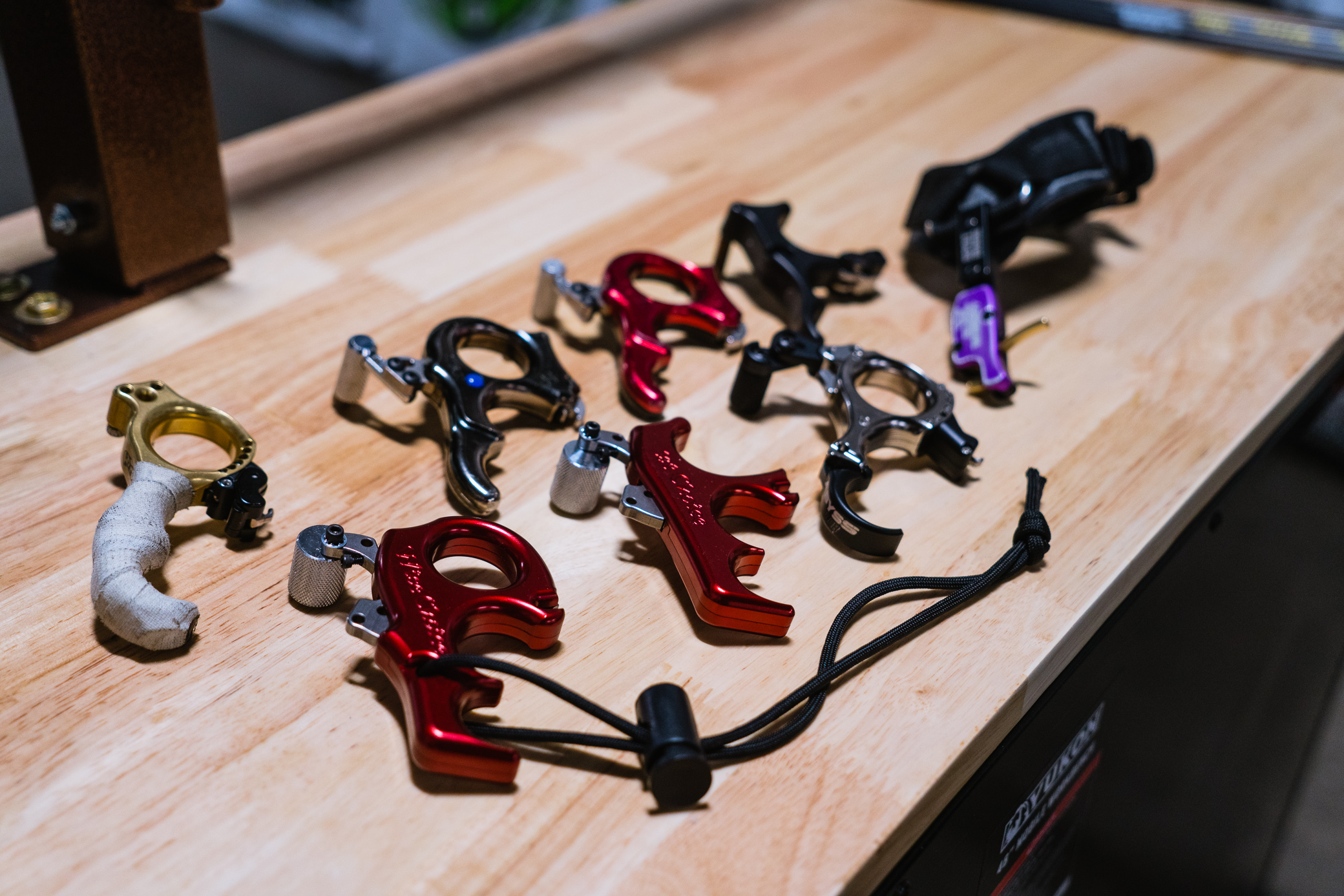 I can remember it like it was yesterday. My Dad brought me out into the backyard and handed me an old run down compound bow that looked like it had seen it’s fair share of hard times. It weighed a ton, the camo pattern was completely faded, and I was about to shoot a bow for the first time in my life, aside from me playing Cowboys and Indians as a child. There weren’t any suction cups on the end of these arrows. The thing I remember the most about this monumental event was how bad my fingers hurt from pulling that string back. An archery release aid was something that I didn’t even know existed at the time. Once I tried one out, my world changed for the better. No more was I dreading pulling that string back and holding. All there was, was me, the bow, and the target in my backyard. With a simple trigger pull, the arrow was off and I was amazed. It was the start of my fascination with the flight of the arrow.

All that nostalgia aside, I think it’s safe to say that for the most part, unless one is shooting a traditional bow, the vast majority of us aren’t pulling our bows back with just fingers. While many may have started like this way back when, nowadays most of us are in fact employing the use of an archery release aid. They just plain make us more consistent and more accurate. Who doesn’t like that? Despite how many different models of release aids are on the market as we speak, there are, IN GENERAL, two different styles to choose from. That is the handheld style release or the wrist strap. There are loads of variations between the two, but for the purpose of this article, we will discuss the the pros and cons of handhelds and the same for wrist straps.

Handheld release aids are exactly what they sound like. While there are some that do offer a strap as well, most of them are strictly a release you hold in your hand and that isn’t attached to you in any way. There are a few different types of handhelds that are each operated in a differently. Some are triggered by your thumb(thumb releases), others by rotating your hand(hinge releases), and some will trigger by how much back tension you apply at full draw(back tension releases). The overall concept of these is to give you a surprise shot. A clean break with no anticipation of the bow going off whatsoever. You want this. The less influence you can have on your shot, the more accurate you will be. This release aids in letting the bow do the work. All you should be worrying about is aiming and pulling through your shot. When there is an actual trigger involved, folks might tend to focus on that, which can lead to bad habits. A beneficial by-product of going this route is you are going to be less likely to develop target panic, which is some nasty business that you really don’t want any part of.

Sound pretty awesome right? Might even sound downright dumb to not go with a handheld release. There are some downsides though here. First and foremost, if you are a bowhunter, this release is going to be way easier to lose. Sounds funny, but let me tell you, it happens. With how expensive these can be, it wouldn’t be a good day if you lost one out in the hills. Imagine closing the distance on your dream buck and realizing that you don’t have your release with you…. While these releases, especially hinge and back tension, will aid you in both defeating target panic and hopefully not developing it in the first place, the handhelds overall can cause some misalignment on your shot. They could have a tendency to cause one to increase face pressure at full draw, due to the archer almost wrapping the string on their face when anchored in. This will absolutely have an affect on your shot and should be avoided if you run a handheld. The same can happen with a wrist strap, but it is more prevalent in handhelds. Something else to watch out for is with the surprise shot that these offer. If you are a bowhunter, this might not be entirely to your liking. Sometimes, we get little shot windows and sitting there waiting for the release to go off as it may in a stressful situation could cause more harm than good.

I’m gonna go out on a limb here and say that the wrist strap release is probably the most popular and common style of release aid, especially for the bowhunter. They are designed with a strap that goes around your wrist and a trigger type system that extends out from there that is reminiscent of the trigger on a gun oftentimes. It’s pretty self explanatory on how they work. Hook the release onto your D-loop, come to full draw, and squeeze the trigger. Easy peasy lemon squeezy. These are easy to use, easy to get, and easy to buy as well. Wrist strap releases range anywhere from $20 on up to $200, while handhelds are going to sit more in the $100-$200 range. This is great if you are a beginner not looking to break the bank to get into the game of bowhunting or just archery in general. Because of that nifty wrist strap, you shouldn’t have to worry about losing your new release either. You’ll be ready for that rutted up bull that comes trotting in cross eyed and drooling.

With all of that being said, the wrist strap is not all peaches and rainbows. It too has some downsides. The biggest one is it can influence target panic and or punching the trigger. This is not a good habit to feed. If you are smacking that trigger, you are 100% anticipating your shot, which is affecting where your arrow goes. Getting a surprise shot with a wrist strap can be done but, it is far and few in terms of how the vast majority of folks are using them. The consistency can fall short as well with some of the wrist straps. The velcro ones in particular. If you aren’t getting that wrist strap at the same level of tightness time and time again, you are having an influence on things at full draw. Being a good shot is all about doing the same thing over and over again the same way. That velcro doesn’t help that. I’ve also heard people complain here and there about some wrist straps not being comfortable and digging into their skin at full draw. This can be alleviated by wearing a glove, but now you have to change the tightness on your wrist strap. More inconsistency in the making.

There you have it! A breakdown of handheld and wrist strap release aids. While both of them have their pros and cons, the only way to find out which one is going to be right for you, is to head into your local pro shop and try some out. Ask yourself what you need out of a release. Are you mainly a target archer? If that’s the case, you will probably lean more on the handheld side of things. Are you a bowhunter? The wrist strap or handheld thumb button might be the ticket. On that note, there are also bowhunters that prefer to hunt with a handheld hinge style release. If you’re in Arizona, come on down to Ross Outdoors and we can get you set up with the right release for you.

Written by: Josh Kirchner of Dialed in Hunter

Your Handy Guide to Preparing for Hunting Season this Summer